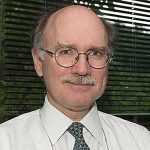 Spring weather has arrived, finally, and the flush of new leaves and blossoming of flowers is accompanied on our church grounds with a flurry of activity to prepare for upcoming capital projects. Kudos to the Buildings & Grounds Committee for pushing these projects forward! The Chair of that committee, Marjorie Hoog, summarized for the May Vestry meeting the status of projects. I’ll briefly review some of those highlights here, and others are covered in the “Capital Campaign Update” in this issue of the newsletter, along with the just received news about a $5,000 grant from the Rheinstrom Hill Foundation in support of the construction of an accessible front entrance to the church.

The Sacristy restoration, which had been held up when water penetration was detected during the demolition phase, is getting back on track now that the moisture was determined to be condensation and not a leaking roof. The selected solution to the problem is to apply a closed cell spray foam insulation in the cavities of the roof rafters and exterior walls. Completion of the restoration of the Sacristy is now projected for late this summer.

An interconnected set of outdoors projects involves the planned new parking area next to the Rectory, the replacement of the old shed, and the location of the new shed and new prayer circle. The items being stored in the existing old shed have been removed and shortly the shed will be demolished and the ground regraded for the new parking area. The future locations of the new shed and the prayer circle were staked out, and the identification of several trees that needed to be removed to accommodate the new projects were determined during a meeting in April attended by Jamie Purinton, Marjorie Hoog, Dale Peterson, Ginny Johnson, Bob Flynn, Lucy Eldridge, and Father John Thompson. The new shed, which is a pre-fabricated structure purchased from Kloter Farms, will be provided with electricity and cold water. The indoor size of the shed is 12’ x 16’ with a covered 8’ deep porch along the 16’ side. It is intended to store the chairs, tables, refrigerator, and tools that were removed from the old shed.

There are several additional important capital projects that will be discussed in future issues of the newsletter, such as the Pomeroy Graveyard cast-iron fence renovation and embankment stabilization, and the new prayer circle. For now, I would like to turn to an important issue that has been discussed in the past issue of the newsletter by Father John and me, namely the humanitarian crisis in Ukraine and resultant refugee crisis in Europe, which has only deepened since the previous issue of this newsletter. Episcopal Relief & Development put out a new press release on May 5, 2022. To quote from this press release: “The Convocation of Episcopal Churches in Europe is reporting refugees in their congregations throughout Europe,” said Nagulan Nesiah, senior program officer, Episcopal Relief & Development. “Through this partnership, we are taking steps to equip congregations to welcome these refugees and connect them to ongoing humanitarian initiatives.”