History of St John in the Wilderness

St John’s has been a vital part of the village of Copake Falls and the surrounding region for more than 165 years and has shared their ups and downs.

Some members of the early church were farmers, but many were involved in mining and smelting the iron ore deposit whose remains lie just west of the church. Thus, our early history parallels that of the Copake Iron Works, which was established in 1846 by Lemuel Pomeroy of Pittsfield, Massachusetts.

Happily for St John’s, both Pomeroy and his business associate, Isaac C. Chesbrough, were Episcopalians. At first, in 1849 and 1850, Episcopal services were held only occasionally and took place in the tiny local schoolhouse. 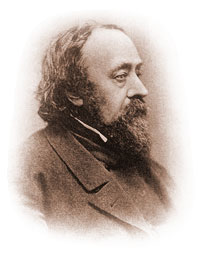 The present church, designed by Richard Upjohn in the Gothic Revival style, was consecrated on June 29, 1852. The building is of much historical interest, for Upjohn designed many other churches, the most famous of which is New York’s Trinity (Wall Street). He also founded the American Institute of Architects in 1857.

The early years of St John’s featured many up and downs, which add to its historical interest. Histories of the parish tell of periods when rectors stayed for only a year at a time. In the 1870s, for example, the Copake Iron Works closed and both church and community fell on hard times. Without a permanent rector at St John’s, priests from other parishes preached. At one time when the church was empty, Methodist services were conducted.

The Methodist “interlude” is a story in itself. A legendary pillar of the church, Mrs. Fanny Pomeroy Chesbrough Peck, daughter of Mr. I.C. Chesbrough, managed to locate the long lost deed of the church property. This discovery convinced the Bishop to re-establish the church as a legal entity in the diocese, but before that happened, a history of St John’s church tells us that the “frail Mrs. F.P.C. Peck gathered a few of the remaining Episcopalians, locked herself and them into the church and the Methodists out.”

St John’s reverted to mission status for many years and was even closed between 1925 and 1943. In the summer of the latter year, the Rev. Allen W. Brown, Rector of Christ Church, Hudson, found a key in his desk drawer marked “St John defunct parish.”

When he went to investigate, he found that our church had become home to raccoons and squirrels. Rev. Brown and his wife had the church cleaned out, and it opened again as an Episcopal mission during the summers 1944 and 1945.

Regular Sunday services began again on April 14, 1946, and they have been held at St John’s ever since. On January 1, 1949, under the leadership of Fr. Bliss, the church became a family parish church once again. Long known as “the church of candles,” it underwent various renovations as the years went by. Perhaps the most important of these, in 1968, provided lighting and central heat.

Throughout its long history, St John’s has been blessed by many strong rectors who have guided us to where we are today. Father John Byers, a beloved rector for 22 years, is still revered today, as is Father Peter Whalen, who served from 1989 to 1996. More recently, the Rev. Barbara Jean Morgan, who served us for a decade and retired in December of 2007, was and is cherished by the parishioners of St John’s. 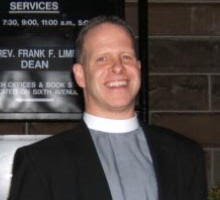 We are blessed to have found Father John P. Thompson, who traveled a long road from Wisconsin, through Florida, Tennessee, and Alabama to join us in 2008.

Under his leadership, the Church of St John in the Wilderness has grown as a parish and as a center of many community events and activities. Currently St John’s is weathering the Covid 19 pandemic with courage, resilience and creativity